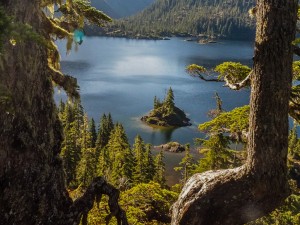 Nanaimo is located on Vancouver Island in British Columbia, Canada’s most western province. Its hard not to love Nanaimo with all it has to offer, with its natural beauty nestled between mountains and the Pacific Ocean offering Canada’s mildest climate.

The gateway to Vancouver Island, Nanaimo offers a majestic beauty unparalleled in most modern cities. From ocean side trails to mountain summits, getting outside in Nanaimo is easy. We enjoy our colourful, artistic, and active west coast lifestyle in one of the most beautiful places in the world.

The contours of the landscape, both above and below ground have inspired the imagination of countless generations of adventurers and fortune seekers. For at least 2,000 years, people have been drawn to the area that is now known as Nanaimo.

A refreshing mix of rural life and urban convenience, Nanaimo has much to offer to people of all walks of life. 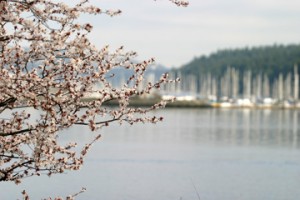 Nanaimo gets its identity, history and a wealth of recreation from a lovely, island-sheltered harbour right in the heart of town. Hiking, boating, kayaking, biking and world-class scuba diving and snorkeling are everyday activities at the bustling waterfront, as seaplanes take flight from sparkling blue waters.

Today, with a population of over 84,000, Nanaimo is a fast-growing urban centre with a boldly revitalized downtown core, delightful harbourfront walkway, sparkling new museum, Port Theatre, art galleries, and a wealth of shopping and dining alternatives. Nanaimo is an active community with over 1,200 hectares of parkland and 130 kilometres of trails. Residents take pride in the variety and quality of local sporting venues.

Nanaimo has a dynamic culture and lifestyle. From the beauty of its seascapes and harbours, to the rich cultural background, it’s no wonder after people come, they rarely leave.

The city’s name is derived from the Coast Salish who first called it home. They called themselves the “Snuneymuxw”, which means ‘great and mighty people.’ When settlers arrived, they adapted the word to Nanaimo.

In the early 1800’s the Hudson’s Bay Company discovered rich coal deposits in the area, and residents may recognize the street names of former coal seams – Newcastle, Wakesiah, Wellington and Northfield. The Company needed workers to mine the rich deposits, and they placed notices in British newspapers in the spring of 1854. Twenty-four English and Scottish families answered the summons, and travelled here by steamship.

The tiny community safeguarded itself against attack by building the Bastion Fort in Nanaimo’s boat basin. Completed in 1853 it served as a defense arsenal, storage and clerk’s office for 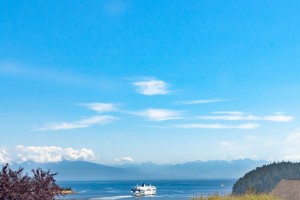 running the township, with cannons at the ready. It never had the onerous task of defending itself, and its cannons were fired less than a handful of times. Today, the Bastion is a familiar landmark honouring the way of life a century ago.

In 1911, Japanese immigrants established a settlement on Newcastle Island that included a successful ship building factory, three herring salteries and a cannery. The salted herring was packed in large pine boxes and shipped to Asia.

A number of Chinese migrants created their own community in the heart of the city at the turn of the century. A spectacular fire destroyed the settlement in 1960.

By 1938 mining was replaced by logging as the major industry in the region, and a pulp and paper mill was constructed near Duke Point. In modern times Nanaimo’s economy has diversified.

The city is also key to Canada’s success in the Pacific Rim, and the active business community offers a wealth of potential growth.

Many young families are moving here, looking at self-employment and entrepreneurial opportunities. The City boasts an excellent school system and expanding facilities at Vancouver Island University.
More people create more demand for local products and services. In recent years, Nanaimo’s economy has moved from a base largely dependent on the forestry sector to a diversified base including retail and wholesale trade, construction, manufacturing, knowledge-based and technology companies, and government services. Enterprising entrepreneurs have created hundreds of new businesses to take advantage of new markets. More products and services mean more variety and strengthening of Nanaimo’s role as a regional service centre for much of Vancouver Island.

Growth has formed the foundations for a balanced economy. It has also provided the means for Nanaimo to focus on other important local changes. A revitalized downtown core, state of the art convention centre, and cruise ship terminal bring new opportunities to the city’s residents.